In 2011, I went on the Sacred Britain Pilgrimage, with the Earth-Keeper group. I had no idea how strong my Celtic roots were until I landed in England.

I am a Jane Austen fan, so I decided to arrive a few days early, and go on a Jane Austen tour before the Earth-Keeper trip began. I chose Hidden Britain Tours, and had a personal guide who took me to places that inspired Jane Austen’s works. I stayed in a quaint B & B in Alton, Hampshire, where Jane Austen lived and wrote many of her books. I do not know how to explain it, but I felt I was home in that part of the world. I had no idea about the revelations that were to come in the following days. I left Hampshire and returned to London, where the Sacred Britain Pilgrimage began.

We arrived in Glastonbury, where the veil is so thin that one can slip into another reality and back again before they know what happened. As I walked through the Chalice Well Gardens, I had a remembrance of another lifetime. I was one of the monks at the Glastonbury Abbey. I stood at a distance and watched, as the Abbey burned, helpless to stop it.

In the Garden, where magic abounds, I strolled along the paths, retracing the steps that I had taken ages before. The streams that flow red and white were familiar and welcomed me. The Devic Beings that I had once known were still there, lingering in an adjacent field. They do not live in the realm of linear time; rather, they remain there for eons. The Chalice Well held ancient secrets of an age when the Divine Feminine was in balance with the Divine Masculine. I could have stayed there for days, but the Tor was calling. 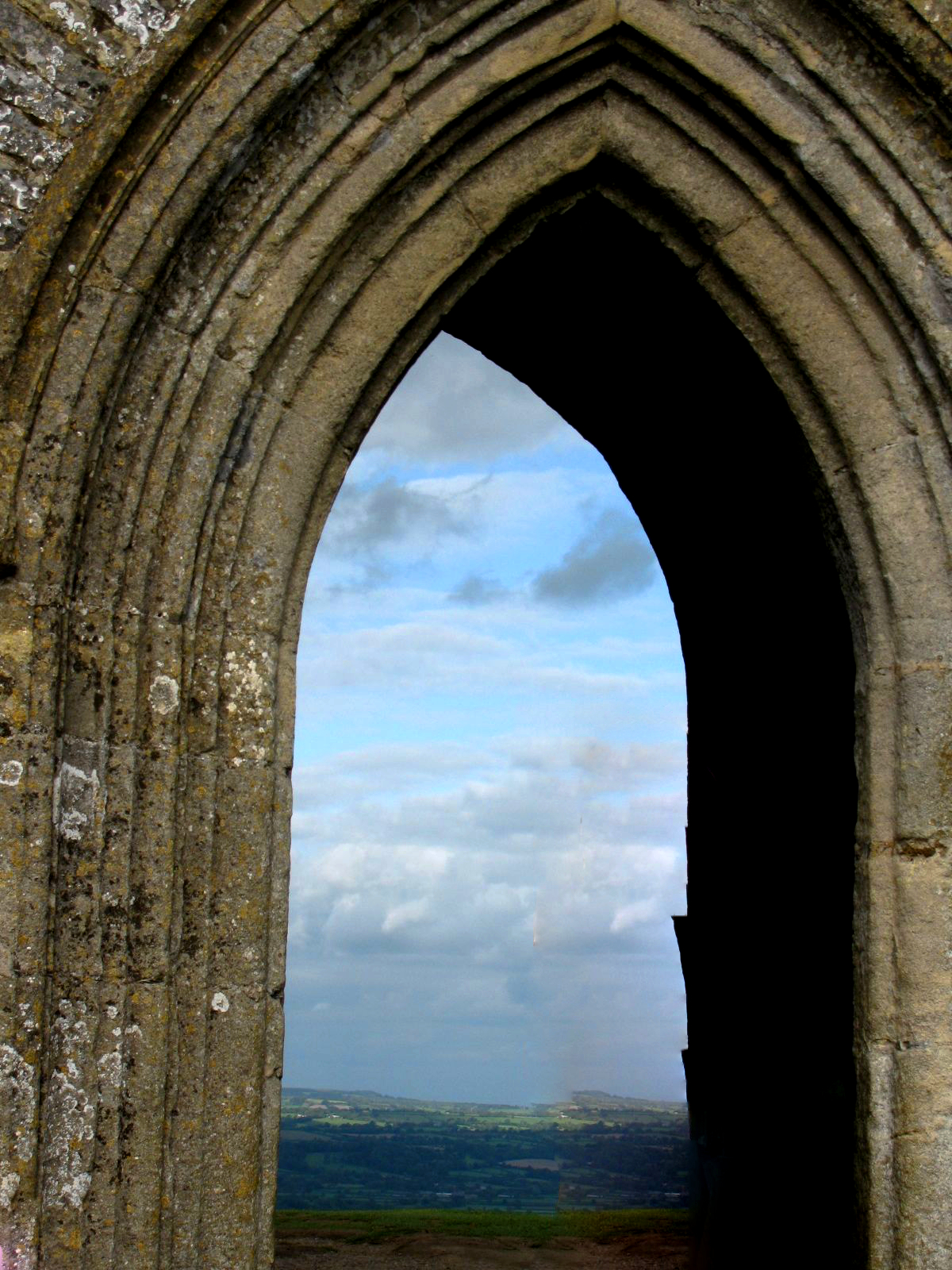 The Glastonbury Tor is a high hill, upon which stands a 14th century church tower. The Tor, which holds the Arthurian vibration, is said to be one of the most sacred places in England. The climb up to the top was nearly more than I could handle, but once I reached it, I realized it was all worth it. The hill has its own unique energy that penetrates from deep within. As I stood on the top, overlooking the countryside, pulsating waves passed gently through my Energy Body. More than a legend, Avalon, like Atlantis, still exists in its own time hologram. When one is in Glastonbury, they can momentarily, or for short durations of time, pass through the veil and experience these places. Often, they are believed to be past life memories, rather than simultaneously occurring incarnations.

On the hike back down the Tor, my legs were trembling and my knees began to buckle. It was only due to the kindness and assistance of Vivian, another woman on the pilgrimage, that I could reach the bottom. From a mythical perspective, I thought how symbolic it was that Vivian helped me, considering that a character with the same name was so important in Arthurian lore. I paid the price for that descent for the next year, while my legs healed. I later found out that the magnetic pull on the hill is greater than the Earth’s normal magnetic force. I certainly felt it that day.

Stonehenge was impressive of course. The very size of the stones is overwhelming. However, it was Avebury that touched my heart. The energy there, as one languishes among the stones, is very feminine. I noticed, as I basked in the gentle energy of the huge stones, that each one seemed to have a unique vibration. My favorite was the Moon Stone. It is one of the tallest stones at Avebury, standing straight up, as it points to the stars and marks the Summer Solstice. 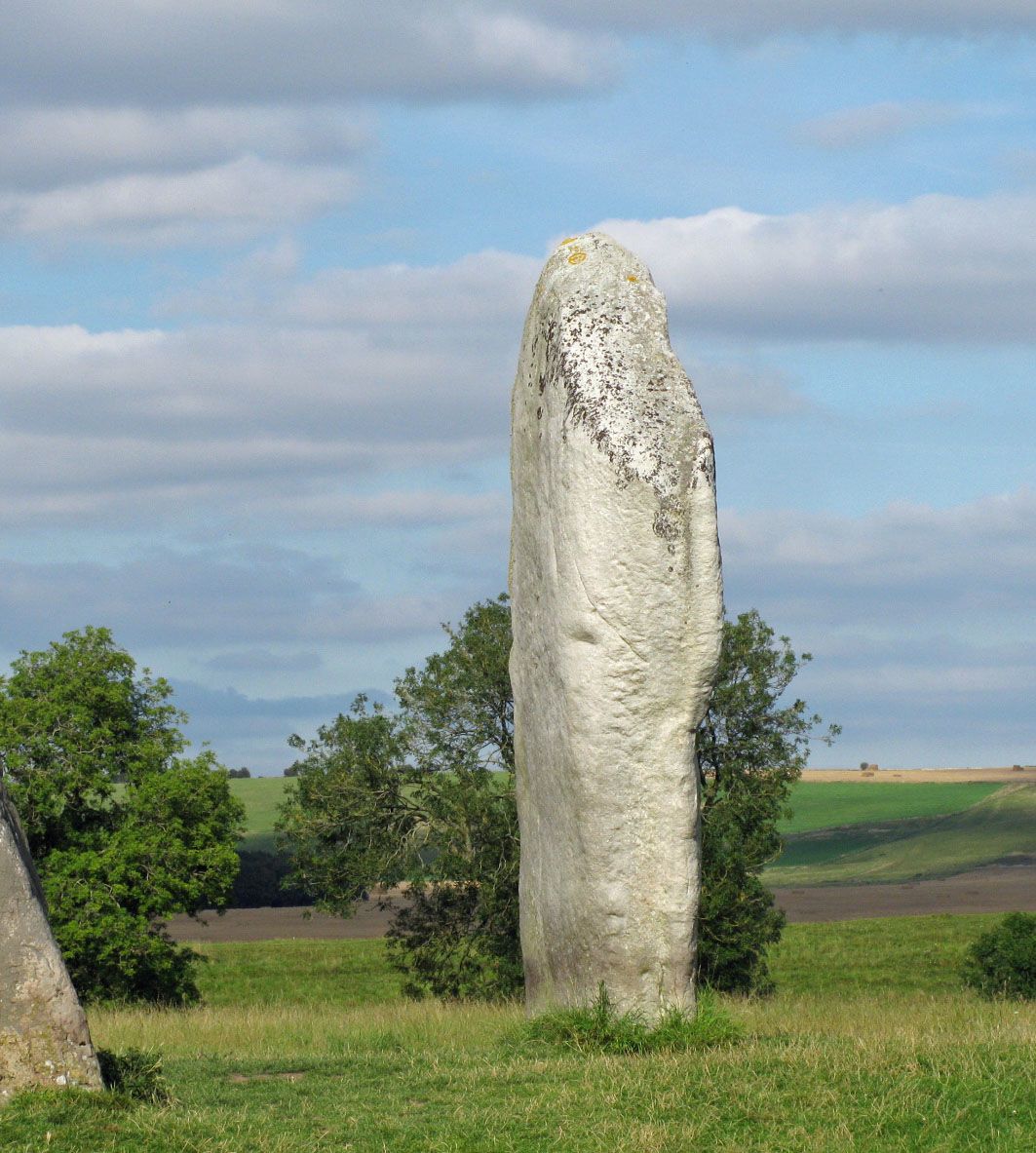 At the nearby pub, I had one of the best desserts of my life. The Banoffee Pie consisted of a cookie crust, vanilla custard, surrounded with vanilla wafers, and topped with homemade walnut ice cream and hot caramel. It was a work of culinary art.

The next stop was a Crop Circle. The connection with the Star Beings was powerful there. That connection stays with me even today. Most crop circles are found near Ley Lines, electromagnetic conduits for natural Earth energy, allowing the codes, created by the design of the circle, to be transmitted into the Earth’s energy grid. In addition, the circles are often found near bodies of water, either above or below the ground. Water has the unique property, like quartz crystal, of retaining the energetic signature, or code, of all that it experiences in its flow, even when that energy is no longer present. The water, which is encoded by the crop circles, flows into streams, rivers, and eventually the ocean, where it vaporizes and returns as rain, ending up in the consumable water supply.

Plants are extremely telepathic. The crops, in the fields where the circles are found, become altered by the energy of the design. Eventually the entire field becomes encoded, as plants communicate through their root system. Before long, other plants for miles are affected. Pollen traveling in the air brings the transformed energy far away from the source. Insects and migrating birds carry the codes even farther, with the pollen that clings to them. In addition, both humans and animals ingest the vibrations, by means of the food products created from the new and improved crops.

Lightworkers that travel to the sites or even view photographs of crop circles also absorb the codes. They are the ones who benefit the most, since they are open to receiving them. When the Internet became the primary source of sharing information, and crop circle photos were available online, the codes began to be distributed exponentially.

As a result of climate change, polar ice caps are melting. Codes that were frozen in past Ice Ages, and which hold the vibration of ancient cultures such as Lemuria and Mu, are now being released into the oceans. The encoded, ancient water is also finding its way to the consumable water supply. 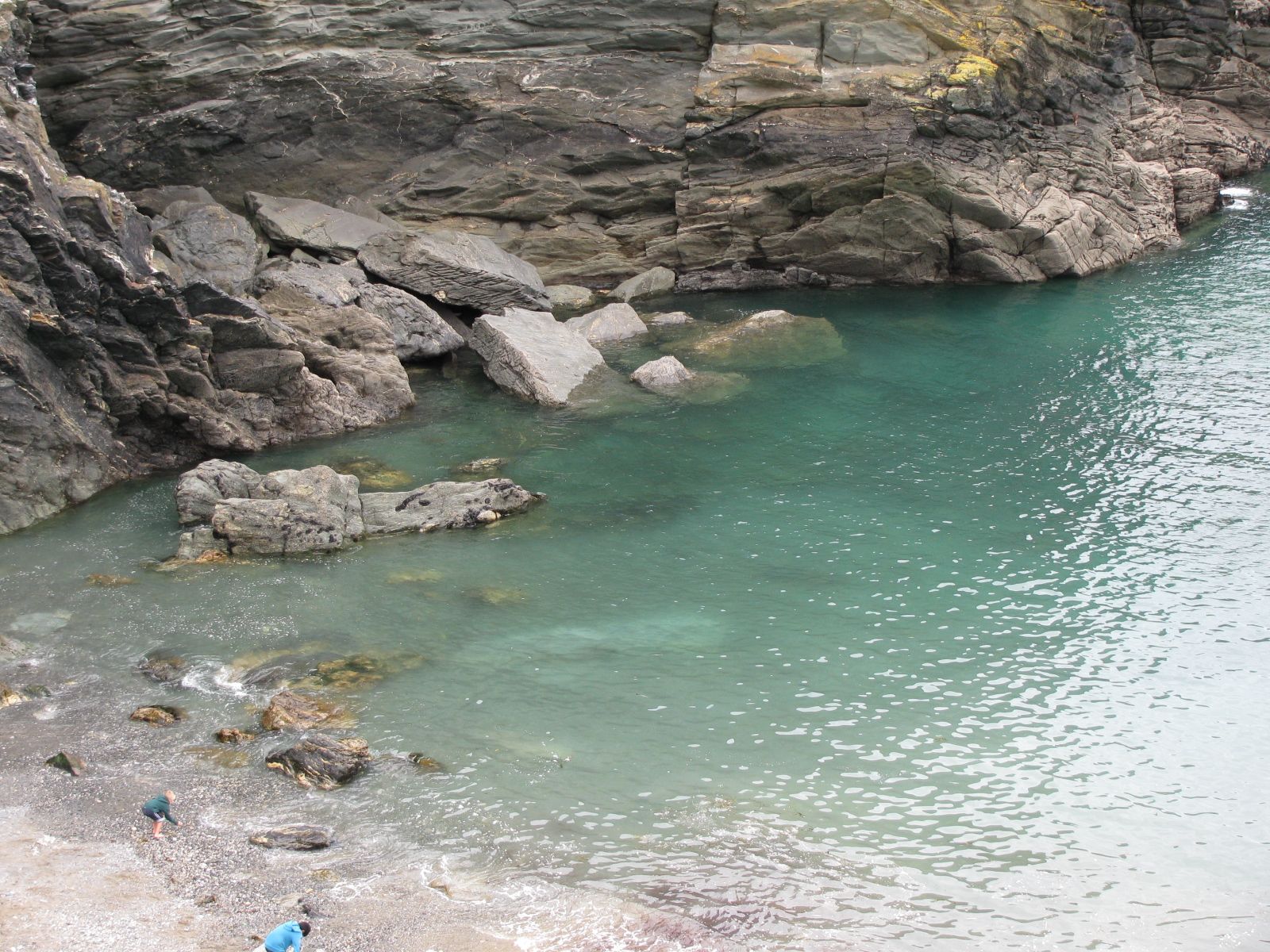 In Cornwall, I stood on the cliff overlooking the wild turquoise sea, with Tintagel Castle resting on top of a high cliff, and Merlin’s cave down below. The Arthurian energy enveloped me and once again, the veil between the ancient memories of that time became very thin. Merlin and I go back a long way. I headed straight for the cave, which one can only enter when the tide is low. I had time to commune with Merlin, not the wizard that legend has painted him to be, but the Ascended Master of the Violet Ray. When I viewed the photos, which I took in the cave, there was a Violet Ray in each one of them.

The last stop on the pilgrimage was Roselyn Chapel, in Edinburgh, Scotland. As we crossed over the border from England, to Gretna Green, I thought of the Jane Austen characters that had run off to elope there. As we exited the bus, I heard the strains of Amazing Grace, played on the bagpipes by a man in a kilt. The sound pierced my heart and I nearly doubled over. The recollection of bagpipes playing, as men marched off to war, loomed up from my cellular memory, and I was momentarily consumed in sorrow.

Rosslyn Chapel, in Edinburgh, sits on the Michael Ley Line. It is filled with carvings, containing embedded codes. These codes transcend the Christian aspect of the Chapel and bring one to a much higher place. It was time to go home, but the magic of Sacred Britain forever calls to me to return.