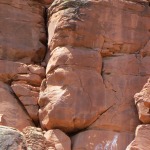 Wellness, and health are the natural state of all living things. What is it then that allows or prevents someone from experiencing well-being in their life? Everything in the Universe is made up of energy and each particle of that energy vibrates at its own frequency. The total combined vibration of the particles of energy of which an individual is comprised, determines the level of awareness, consciousness, well-being, and happiness of a person. Therefore, lower vibrating energy creates an environment of un-wellness, whether it is mental, emotional, spiritual, or physical. There is a level where energy becomes non-life sustaining, more commonly referred to as negative energy.

This is not to say that every part of a person vibrates at the same level. Any aspect of them can raise or lower the overall vibration of them. In other words, they might vibrate very high physically and lower mentally or emotionally. There are an infinite number of scenarios. Vibrations can be raised by being exposed to something that vibrates higher, which is why a person may feel better in certain situations or in the presence of some people. The same goes for the opposite scenario.

The homeopathic method of treating imbalances is based on the premise that energy travels in waves; each particle having its own wavelength or vibration. As it is known in Physics, similar waves cancel each other out when they meet head on. For example, when homeopathically treating an allergy, the homeopathic substance, which contains the allergen, is ingested. Equal waves, created by the remedy and the allergy cancel each other. In this way, the allergic reaction can be reduced or even stopped. The fascinating aspect of this is that the homeopathic remedies contain the minutest possible amount of the allergen, and that is all it takes. In a similar fashion, a doctor might prescribe a drug, which acts in the same manner as a homeopathic substance, suppressing the vibration of the source of the disease. The drawback with synthetic substances or pharmaceuticals is that the body has a more difficult time eliminating them. The cells must also learn to process pharmaceutical substances through the body, at the same time allowing the drug to perform the function the body was meant to do. Over time, this may cause the cell to forget how to function naturally, which is why certain drugs must be taken indefinitely.

The placebo effect, the phenomenon that a substance can reverse the un-wellness that a person is experiencing and produce the same result as an actual remedy or treatment, illustrates how strongly beliefs can alter a physical condition. If the vibration of a thought can stop the un-wellness, then homeopathically speaking, the thought must have the same vibration as the condition. It follows that, in many cases, it is thoughts and beliefs that create the condition. We know this to be true in the case of stress. When a person is stressed, the immune system is lowered and a person is more susceptible to illness. Over long periods of time, stress will cause other types of un-wellness and conditions that have become all too commonplace. Long-term stress, both emotional and environmental, manifests as an imbalance of the physical state. At this point it is much more difficult to reverse the condition without outside treatment.

Energy techniques such as Reiki, meditation, and many others can remove blocked energy in the affected areas, allowing Life Force Energy, imbued with codes, to flow where it previously could not. This results in an increased vibration in the person receiving the treatment and may result in an enhanced state of well-being in both the mind and body.

Food is an important part of the wellness process, a concept that is becoming integrated into mainstream thought. Unfortunately, nutritional information being provided to the general population is not necessarily accurate. It is difficult to set overall rules about what food is healthy and what is not, because people are different and do not always require the same nutrients.

Fresh food, especially fruits and raw vegetables have a vibration that calibrates very high and raises the energy level when eaten. Unlike plants that can synthesize light directly, humans must eat plants, or animals that eat plants, in order to benefit from the sunshine, minerals and other nutrients that the plant or animal has absorbed during its life cycle. This energy is then integrated into the physical body as it is digested. In addition, the gratitude that is offered for the food that is eaten raises the vibration even higher. Processed food has the opposite effect as does feeling guilty about eating.

It may be concluded, that the road to well-being is that of a continuous effort to increase awareness, so that one’s overall vibration becomes higher. As a certain level is achieved, un-wellness cannot exist. Moderation is very important in the processes of health well being, since it eliminates a great deal of stress associated with extremes. When a state of moderation is sustained in one’s life, the resistance that is experienced as a result of having to respond to stress disappears; energy flows, naturally and effortlessly, allowing the individual to be happy and well. Someday ideas of wellness will be based on calibrating vibration, but in the meantime, each person must accept the responsibility of their own well-being. So, be happy and be well.

From…”Being a Master in the New Era”